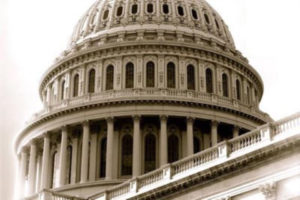 Mammals, birds, and other animals are sentient beings, and as such, they deserve our moral consideration. Where we can avoid causing them pain, and suffering, we have a duty to take intentional action to spare them harm. It is also our duty to safeguard their habitats and other living environments so they can thrive.

The Congress has enacted a raft of policies to forbid malicious cruelty, including laws to forbid acts of malicious cruelty on federal properties, the sale of crush videos, or dogfighting and cockfighting activities. The Department of Justice should have an Animal Cruelty Crimes unit dedicated focusing on enforcement of our federal anti-cruelty laws,  Without this specialized focus, cases of serious animal cruelty typically go unattended to by the federal government.

Protecting Horses in Sport and Commerce

Prevent All Soring Tactics (PAST) Act: “Soring” involves the intentional injuring of horses’ legs or hooves to force them to perform an artificial, exaggerated gait — just to win a ribbon at a horse show. The PAST Act would end the failed system of industry self-policing, ban devices integral to soring, and strengthen penalties for violators.

Safeguard American Food Exports: The SAFE Act prohibits the cruel transport and export of U.S. horses to slaughter for human consumption. The United States bans the sale of dogs and cats for food, and the same policy should be in place for horses who are not raised for food in the United States and whose meat is unsafe for this purpose.

Horseracing Integrity Act: The legislation would eliminate the use of race-day doping of horses in racing that contributes to hundreds of breakdowns and deaths on tracks. The U.S. Anti-Doping Agency (USADA) would oversee a drug policy program for the industry nationwide, with limited oversight from the Federal Trade Commission.

Humane Horse Transportation Safety Act: This measure would prohibit the transportation of horses in motor vehicles containing two or more levels stacked on top of each other.

PETFAX: The Petfax Act: PETFAX would provide pet purchasers a “petfax” report detailing the conditions in which the animal was bred and raised. Under the bill, sellers of dogs and cats would have to divulge Animal Welfare Act violations by the breeder and the health history of the animal. The Petfax Act would also institute new penalties for sellers and breeders who have been involved in animal abuse or deceptive sales practices.

Greyhound Protection Act: This measure would phase out greyhound racing. Florida is shuttering 12 of the 18 remaining tracks in the country by the end of 2020. The federal government has authority to act because dogs transported across state lines for racing, and races are broadcast to numerous states and foreign destinations for simulcast gambling.

Disaster Preparedness for Animals — Providing Responsible Emergency Plans for Animals at Risk of Emerging Disasters (PREPARED) Act: The PREPARED Act would require entities regulated under the AWA, such as zoos, commercial animal dealers, and research facilities, to have contingency plans in place to safely evacuate and care for animals in an emergency or disaster situation.

Safeguarding Wildlife in the Wild

Phasing out Lead Ammunition in Sport Hunting on Parks and Refuges: This bill would phase out the use of lead ammunition on national wildlife refuges and National Park Service lands, putting an end to the needless incidental poisoning of millions of wild animals each year by lead that’s left behind. Lead alternatives are readily available, and comparably priced copper and steel ammunition outperform lead and do not keep killing after it leaves the gun.

Tribal Heritage and Grizzly Bear Protection Act: This bill would provide permanent protections to grizzly bears in the lower 48 states by prohibiting taking, possessing, or transporting a grizzly bear or grizzly bear parts.

Shark Fin Trade Elimination Act: This legislation prohibits the trade of shark fins. As apex predators, sharks play a valuable role in the ocean’s ecosystems, but shark populations are in crisis because of the demand for fins (such as shark fin soup).

Big Cat Public Safety Act: The bill amends the Lacey Act to prohibit, with exceptions, private breeding and ownership of big cats and prohibits direct contact with big cats, such as cub pettings. Since 1990, there have been over 365 dangerous incidents in 46 states and two dozen adults and children have been killed.

Captive Primate Safety Act: This bill would restrict the trade in primates for the pet trade and also prohibits direct public contact with them. Since 1990, more than 275 people — including scores of children — have been injured by primates, including in some particularly gruesome incidents.

Traveling Exotic Animal Protection Act: TEASPA would restrict the use of exotic and wild animals in traveling circuses and traveling exhibitions. Severe confinement, endless travel transport cause physical, behavioral, and psychological problems for animals. Other circuses thrill crowds with human acrobatics and other human-centered performances.

Opportunities for Fairness in Farming Act: The OFF Act would bar use of check-off dollars for lobbying. Check-off dollars have been used to advance anti-competitive marketplace practices that hurt family farmers and undermine the policy wishes of consumers.

Modernizing FDA Drug and Device Regulations to Include Non-Animal Test Methods: This would support advancement in science and better medicines by broadening current FDA regulations to allow more modern, non-animal methods for pharmaceutical drug testing. Currently, only 14% of drugs that have been successfully tested on animals succeed in clinical trials. FDA acknowledges that animal tests have been shown to be unreliable predictors of human response. This bill would direct FDA to update existing regulations within 21 C.F.R. to include the use of modern test methods that are predictive of human response. Moving to human-relevant test methods will mean better and less expensive drugs for humans and savings for pharmaceutical companies.

FDA Announces New Policy on Adoption of Lab Animals. The Food and Drug Administration announced a policy change that will allow the adoption, transfer and retirement of healthy animals to shelters and sanctuaries after they’ve been involved in lab experiments. Animals were previously euthanized after being used in experiments. The policy took effect in November but had not been previously disclosed by the FDA. Species affected by the rule change include common pets such as dogs, cats, rabbits and guinea pigs, as well as some farm animals. The move follows similar actions taken by the Department of Veterans Affairs (VA) and the National Institutes of Health (NIH).

Humane Cosmetics Act: This bill would phase out animal testing for cosmetic products in the United States and prohibit the sale of cosmetics that have been tested on animals in other countries. It would also bring the U.S. in line with other parts of the world that have already banned cosmetic testing, from the European Union to India to New Zealand.

The Primate Protection and Research Modernization Act: This measure restricts testing on nonhuman primates, setting up a protocol for any such experiment to be approved. Additionally, it forbids primate research for consumer goods and products.

The Humane and Existing Alternatives in Research and Testing Sciences Act of 2019 (HEARTS): The HEARTS Act would amend the Public Health Service Act to ensure that non-animal methods are prioritized, where applicable and feasible, in proposals for all research to be conducted or supported by the National Institutes of Health.

Preventing Unkind and Painful Procedures and Experiments on Respected Species (PUPPERS) Act: PUPPERS prohibits the Department of Veteran Affairs from purchasing, breeding, transporting, housing, feeding, maintaining, disposing of, or experimenting on dogs as part of any study that causes significant pain or distress.

Animal Freedom from Testing, Experimentation and Research (AFTER) Act: The AFTER Act would direct all federal agencies to develop and maintain a policy allowing for the adoption or retirement of dogs, cats, primates, rabbits, and other regulated animals no longer needed for research in federal labs.

Organic Livestock and Poultry Practices Final Rule: The USDA should revive a final rule — nixed in early 2017 to strengthen and clarify animal welfare standards to protect the integrity of the organic label. The USDA rule clarified the requirement that animals cannot be tightly confined and set minimum indoor and outdoor space requirements for egg-laying chickens. The rule would have kept thousands of farmers on the land by giving them a value-added opportunity to connect to consumers who expect organic producers to adhere to higher animal welfare standards.

Horse Protection Act standards: If Congress does not pass the PAST Act in the 116th Congress, the USDA should revive its 2017 rulemaking to ban the use of stacks and chains and to eliminate the industry’s self-regulation program. The Trump Administration withdrew that final rule in 2017.

Animal Welfare Act inspection reports and Horse Protection Act violation notices: In 2017, the USDA removed from its website inspection reports and enforcement records on licensed and registered facilities that use animals, including thousands of puppy mills, laboratories, zoos, circuses, and horse shows regulated under the Animal Welfare Act (AWA) and Horse Protection Act (HPA). These records are developed at taxpayer expense, which can guide consumer decision-making and play an important role in deterring abuse of animals and ensuring agency accountability.

Banning the use of poisons for predator control: USDA’s Wildlife Services program uses sodium cyanide and sodium fluoroacetate to kill predators in the West. California, Oregon, and Washington forbid them. The poisons are cruel and indiscriminate and should be outlawed everywhere.

U.S. Department of the Interior

Banning lead ammunition on federal lands: If Congress does not pass this legislation, the U.S. Fish and Wildlife Service and the National Park Service should adopt rules and policies to phase out the use of lead, because the agencies have a statutory duty to act to protect and conserve wildlife on these lands.

Stopping commercial trapping on national wildlife refuges: National wildlife refuges are the one category of federal lands set up primarily to benefit wildlife. The use of steel-jawed leghold traps, wire snares, and Conibear traps are inherently inhumane and often non-selective. We should not allow market killing of wildlife on refuges, especially by inhumane means.

Halting imports of sport-hunted trophies of U.S.-listed threatened and endangered species: The United States does not allow the trophy hunting of any threatened or endangered species inhabiting our country, and the same standard should apply for foreign species listed under the same law. It does not “enhance the survival of a species” to allow trophy hunters to shoot them.

Reconstituting the Wildlife Services’ program: This USDA program, which spends the bulk of its dollars killing wildlife, would be better placed in the Department of the Interior, which has expertise on wildlife issues.  USDA typically sees wildlife through a narrow lens, treating animals as a threat to agriculture. The Interior Department would oversee a program that provides primarily non-lethal solutions to human-wildlife conflicts, using innovation and human ingenuity to produce a set of positive outcomes.