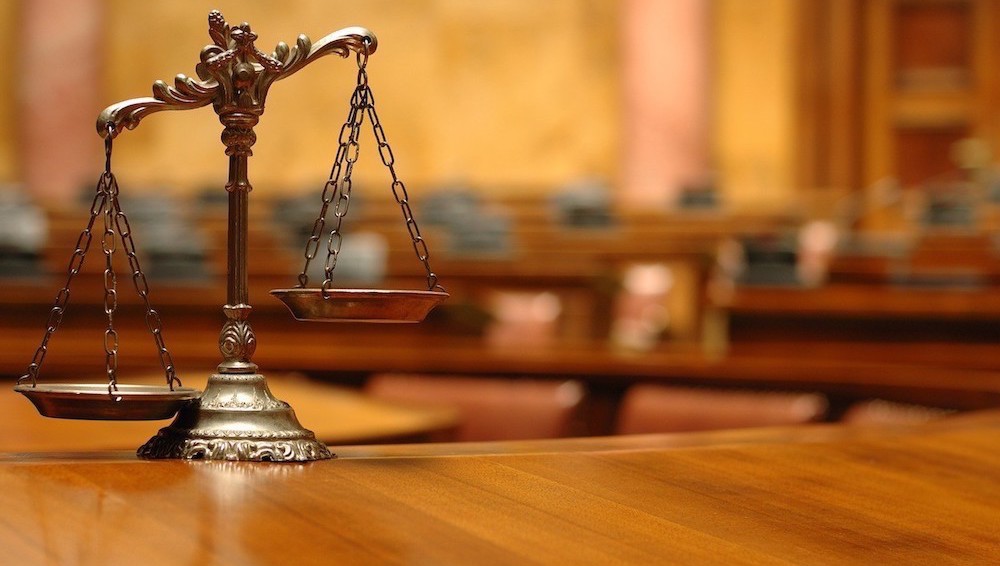 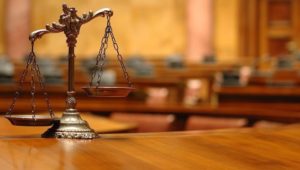 The NLEC a group of current and former local and state prosecutors, attorneys general, and other law enforcement professionals who support fortifying the legal framework against animal cruelty and seeing that all of our animal welfare laws are robustly enforced at all levels of government. Putting law enforcement professionals in the forefront of the nation’s work to combat animal cruelty, the NLEC is chaired by former Oklahoma Attorney General Drew Edmonson and former Clatsop County (Ore.).

Menu
You can find our newsletter here

Drew Edmondson was elected attorney general of Oklahoma four times, and was selected by his peers to serve a term as president of the National Association of Attorneys General (NAAG). During his tenure, he successfully defended the state’s anti-cockfighting ballot initiative, which went into effect in 2003. The Navy veteran and former school teacher was also a state legislator and, for a decade, the District Attorney for Muskogee County. In 2016, Edmondson led an effort to defeat an over-reaching “Right to Farm” measure on the November 2016 ballot in Oklahoma.

Bob Butterworth has served the State of Florida in virtually every branch of state government. Butterworth served as a judge in the 1970s before being elected Sheriff of Broward County Florida in 1979. In 1986, he was elected Attorney General of the State of Florida, a post he held for 16 years until 2002. In 2006 he was appointed Secretary of Florida State Department of Children and Families. He is currently is Of Counsel to the law firm of Fowler White Boggs in Ft. Lauderdale.

Steve Clark served as the elected Attorney General of Arkansas from 1978 through 1988, winning election every two years. When first elected, he was the nation’s youngest state Attorney General at age 31. During his tenure, he served as President of NAAG.

Frankie Sue Del Papa was the Attorney General of Nevada for three terms from 1991 until 2002. Before that she was elected Nevada’s Secretary of State, being the first woman in her state to be elected to either office.

In 2018, Michael Dougherty became the District Attorney for the 20th Judicial District (Boulder County, Colorado). In November of 2020, Michael had the honor of being re-elected. The District Attorney’s Office is committed to enhancing community safety and improving the justice system.

Michael attended Nassau Community College and, then, went on to graduate from Cornell University and Boston University School of Law.

After law school, Michael served for 12 years as a prosecutor at the Manhattan District Attorney’s Office. He started in the Trial Division and quickly rose to supervisory positions, including Deputy Chief of the Sex Crimes Unit. Later, he was promoted to the Executive Staff and became responsible for assisting with the management, budget, and personnel of the District Attorney’s Office, while continuing to prosecute serious cases.
(continued)

In 2009, Michael was recruited to head up the Colorado DNA Justice Review Project, an effort that helped lead to the exoneration of an innocent man wrongly convicted of murder. Just months after arriving in Boulder, Michael was promoted to serve as the head of the Criminal Justice Section for Attorney General John Suthers. In 2013, Michael became the second-in-command for the District Attorney’s Office for Jefferson and Gilpin Counties.

Michael currently serves as the President of the Colorado District Attorney’s Council and the co-Chair of Colorado’s Sentencing Reform Task Force. He is, also, on the School Safety Resource Center Advisory Board. Michael received the Innocence Project’s Award for Advocate for Innocence and Justice. Additionally, Michael has helped establish problem-solving courts and diversion programs.

Michael and his wife, Antonia, have been married for 18 years, and are the proud parents of 13-year-old twins. Michael has twice finished the Leadville 100-Mile Trail Run (2013 and 2016), as well as 50-mile races around the state.

Robert Ferber, a graduate of Columbia University School of Law, served as a prosecutor for the City of Los Angeles from 1979 through 2013. During his career, he implemented a more sophisticated and compassionate approach to the prosecution of the mentally ill, reducing the cycle of arrests and incarceration, and he also became the first and only special prosecutor of human trafficking in the Los Angeles area and later became a special gang prosecutor. In 2001, he became the first full-time animal cruelty prosecutor in the country and created the Animal Protection Unit, developing many of the first protocols and training materials for the investigation and successful prosecution of animal cruelty and neglect. He co-founded the L.A. Animal Cruelty Task Force and prosecuted hundreds of animal cruelty cases. He has trained thousands of prosecutors and law enforcement officers and written countless articles and materials on the topic.

Douglas Gansler served from 1999 to 2007 as the elected Commonwealth Attorney in Montgomery County, Maryland. A graduate of Yale and the University of Virginia Law School, Gansler first served as an Assistant United States Attorney before election as the county prosecutor, a job in which he supervised the prosecution of the “Beltway Snipers.”  In 2006 he was elected Attorney General of Maryland, a post he held until January of 2015. In 2012 he was elected President of the NAAG. He is currently a partner at Cadwalader, Wickersham & Taft in Washington, D.C.

Chris Gorman served as Kentucky’s Attorney General from 1992 to 1996. Gorman earned both his undergraduate and law degrees from the University of Kentucky. His experience spans both the private and public sectors. His public sector work includes time with the Jefferson County Attorney’s Office, the District Commissioner for Jefferson County. His work in the private sector spans 32 years of legal experience. He is currently a Partner with Conliffe, Sandmann and Sullivan.

Richard Ieyoub served as Louisiana state Attorney General from 1992 to 2004. Before taking that office, Ieyoub was the county District Attorney of Calcasieu Parish in 1984 and was reelected in 1990. As attorney general, Ieyoub won a multimillion-dollar tobacco settlement for the state of Louisiana as compensation for the health care costs of smokers

George Jepsen was Connecticut’s Attorney General from 2011 until 2019, and served as president of the NAAG. A graduate of Dartmouth and Harvard Law School, Jepsen served first in the Connecticut House of Representatives from 1987 until 1991 and then in the Connecticut State Senate from 1991 until 2003. Jepsen is now a partner in the firm of Shipman & Goodwin.

Andrew Ketterer served as Attorney General of Maine from 1995 until 2001. Prior to that, he served two terms in Maine Legislature and in 2000 he was elected president of NAAG.  He is a partner in the law firm Ketterer & Ketterer with offices in Maine and Florida.

Jerry Kilgore was the Attorney General of Virginia from 2002 to 2005. Before serving as AG, Kilgore was Virginia’s Secretary of Public Safety from 1994 to 1998, and before that as a federal prosecutor in the US Attorney’s Office for the Western District of Virginia. Kilgore is a member of the law firm Cozen O’Connor.

Barbara LaWall was re-elected in November 2018 to her sixth term as County Attorney of Pima County in Tuscon, Arizona. Lawall served 20 years as a Deputy County Attorney before being first elected in 1996. A member of the Arizona Criminal Justice Commission, Lawall has been part of the leadership of the National District Attorney’s Association for 20 years and has been repeatedly honored by the American Bar Association for her leadership and innovation as a local prosecutor.

Steve Leriche has been the elected District Attorney in Jefferson County (Central Oregon) for 10 years. He served for ten years before becoming DA as the office’s Chief Deputy DA and before that was an officer with the United States Army’s Judge Advocate General program in Panama, Ft. Lewis (WA), and Ft. Still (OK) where he was both Trial and Defense Counsel. Leriche graduated from Gonzaga University with a Bachelor’s degree and received his law degree in 1990 from the University of Oregon School of Law.

Dustin McDaniel was elected to the first of two terms as Arkansas Attorney General in 2006, just seven years after graduating from the University of Arkansas Little Rock William H. Bowen School of Law. He also went to the University of Arkansas for his undergraduate degree at the Walton College of Business. McDaniel served in the state legislature and also as a police officer for the Jonesboro Police Department.
(continued)

As AG, he was the key architect of a dramatic upgrade of Arkansas' animal cruelty law and anti-cockfighting law, bringing animal welfare and agriculture stakeholders to the table. His office also made $250,000 available for training of police to enforce one of the nation's strongest animal welfare laws. Starting in 2020, he’ll be working with the newly constituted Little Rock law firm of McDaniel Wolff & Benca, PLLC.

Jim Petro was the Ohio Attorney General from 2003 to 2007. Petro started his legal career as an assistant prosecutor in Franklin County, Ohio, then in the Ohio House of Representatives from 1981-1990. Prior to becoming Attorney General, Petro served as State Auditor of Ohio from 1995 to 2003. Petro served most recently as the Chancellor of the Ohio State University system.

Lee Polikov is the current Sarpy County Attorney (Nebraska), having first been elected in 1999 and currently in his fifth term of office. Polikov was Chief Deputy in the county sheriff’s office until his election as chief prosecutor 20 years ago.

John Sarcone is the elected County Attorney for Des Moines, Iowa, having been elected to that post since winning election in 1990 and is currently serving his 8th term as chief prosecutor. Sarcone is a long-time member of the Board of Directors of the National District Attorneys Association.

John Thompson is the Executive Director of the National Animal Control Association and former deputy assistant director of the National Sheriffs Association. Thompson was previously police chief in Mount Rainier, Maryland and Asst. Sheriff in Prince Georges County.  In 2019 he was awarded the Albert Schweitzer Medal for outstanding achievement in the advancement of animal welfare.

Anthony Troy served as Attorney General of Virginia from 1977 to 1978 and is currently a member of the law firm of Eckert Seamans.