We are working toward a national policy to ban gestation crates on pig farms and small cages at laying hen facilities. We are working toward a national policy to ban gestation crates on pig farms and small cages at laying hen facilities. Our first big step as a matter of public policy is to work with lawmakers in Congress to introduce the Pigs in Gestation Stalls (PIGS) Act in 2021 to ban these extreme confinement systems in the U.S. Dozens of major food retailers including Safeway, McDonald’s, and Subway have pledged to phase out the use of pork or eggs from producers who confine sows in gestation crates by 2022 or laying hens in cages by 2025.

These companies must meet their own publicly announced deadlines, as well as comply with legal requirements in some states, including California and Massachusetts, to stop selling pork or eggs from severely confined animals. We will push companies to honor their pledges and the law. We are also working to protect California Prop 12 and similar state laws from legal attacks by key players in the pork industry. 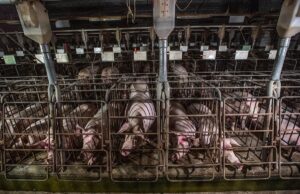 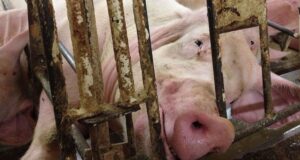 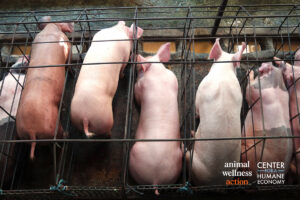 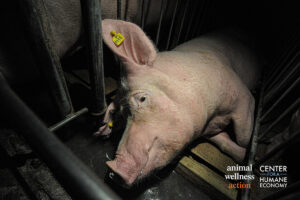 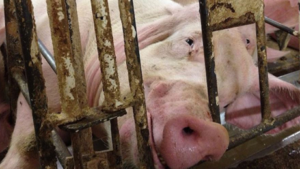 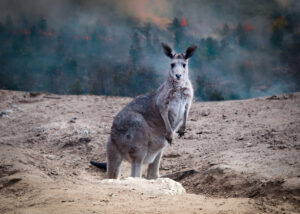