Whether you’re taking an afternoon drive, on the way to work, exercising, or perhaps the best way, walking your dog — you’ll be able to listen to the Animal Wellness Podcast, with Founder Wayne Pacelle and Executive Director and Chief Lobbyist Marty Irby and with Director of Public Relations Joseph Grove as the host. 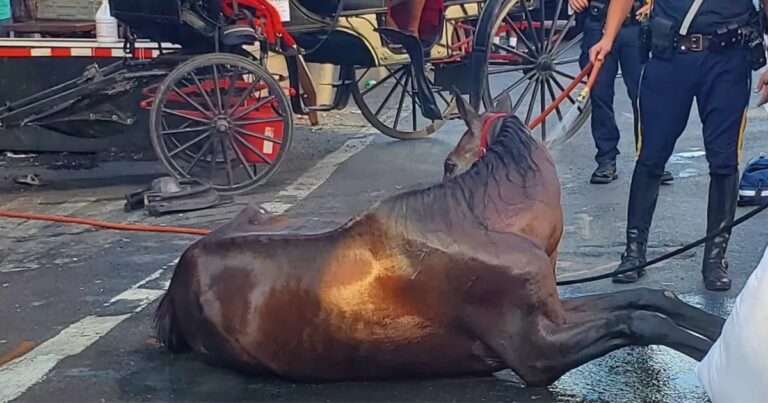 Nov. 26th, 2022
On August 10, 2022, a carriage horse named Ryder collapsed on a hot New York City street and instantly became the symbol for a growing movement.

Ryder was found to be a decade older than he should have been according to regulations, when he dropped to his side, requiring a spray of cold water to revivify him. He was emaciated and, it was later discovered, ill with cancer. Liberated at last from having to pull tourists around a crowded metropolis of cars, buses and trucks, he was sent to a privately owned farm. Retirement was short, however, and he had to be euthanized just a couple of weeks ago.

As sad as his fate, however, many former carriage horses face an even worse end. Those who are no longer of use to the industry often are sold for slaughter and must endure a terrifying trip to Canada or Mexico, where they are killed and butchered for their meat.

Animal Wellness Action, the Center for a Humane Economy, NYClass, Revolution Philadelphia and other groups are working hard to convince municipalities to do away with carriage-horse rides and the animal-suffering they entail. Part of their argument is that electric carriages are now available, able to preserve the tourist experience of slow, open-air views of cities and the jobs of people driving the carriages. Invest in the e-carriages, say the advocates, and you can preserve the tourist attractions and at the same time eliminate cruelty.

This episode brings together several experts with vast experience advocating for horses and championing solutions to their systemic abuse. Joining host Joseph Grove in this episode of the Animal Wellness Podcast are:

• Kate Schultz, senior attorney for the Center for a Humane Economy and a former New York City prosecutor who specialized in animal-abuse cases

• Edita Birnkrant, executive director of NYClass, a group that is among leading the movement to ban horse-carriages and in New York and replace them with electric alternatives

• Tiffany Stair, co-founder of Revolution Philadelphia and a vocal antagonist to the city’s carriage-horse industry. Nov. 19th, 2022
We were interested in Buettner’s work because one of the Power 9 is that people in the Blue Zones eat much less or no meat. Where meat is consumed, it is done so only seldomly and usually entails pork in small portions, each about the size of a deck of cards.

Once again, what helps animals helps us all.

Buettner talks about the benefits of eating a diet that is as kind to our own bodies as it is to the animals it spares. It comes just as preorders are being taken for his newest book about Blue Zone living, “Blue Zones American Kitchen: 100 Recipes to Live to 100.” Oct 4th, 2022
With the enactment of the Horseracing Integrity and Safety Act in 2020 that took effect July 1st of this year, we’re finally on the right track. But one of the key areas we’ve met the most resistance is in the world of harness racing. The U.S. Trotting Association (USTA) and those in the industry who want to keep doping alive and maintain the status quo have gone to great lengths despite the conviction of numerous criminals involved in harness racing.

But there is hope thanks to the good apples in American harness racing like the U.S. Harness Racing Alumni Association. We interview Freddie Hudson, CEO of the group who has been a key ally that’s made the most difference in this area and is creating awareness and bringing newcomers into the fold with our efforts. 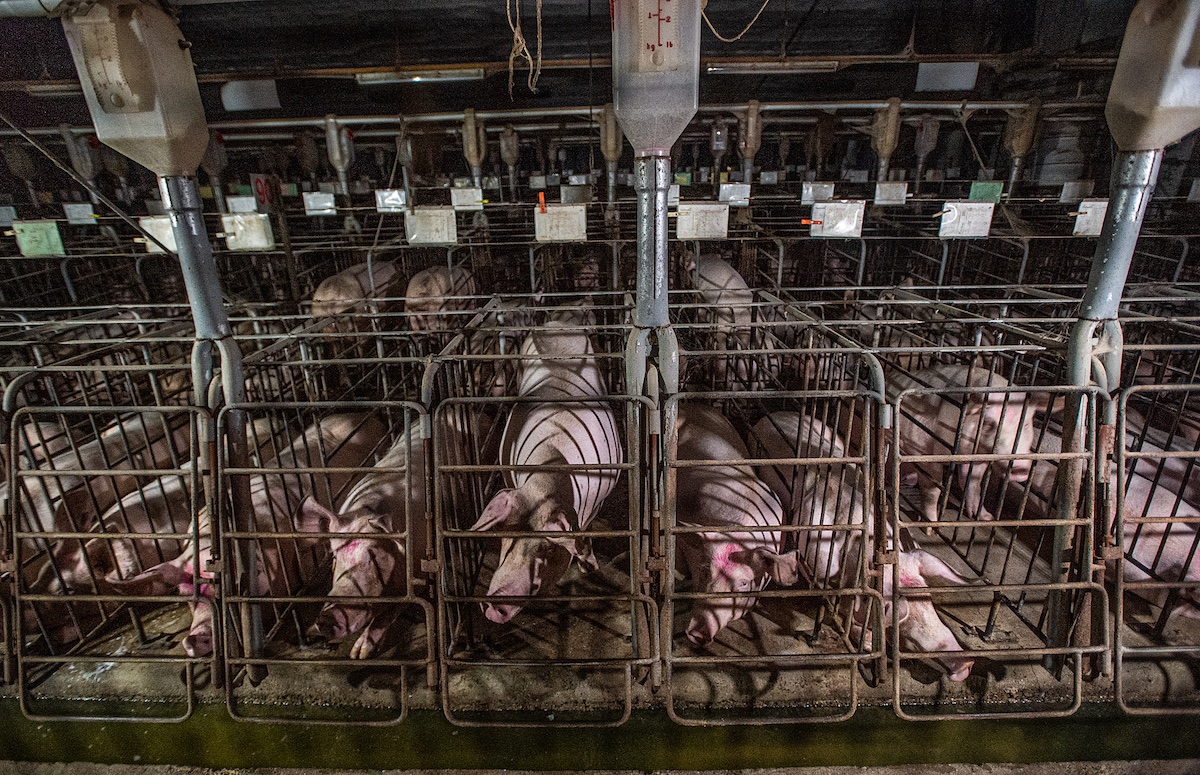 Will the Supreme Court side against animals? The attack on Prop 12 | Episode 44

June 22nd, 2022
Approved with more than 62% of the vote in 2018, Prop 12 stipulates that any California farmer raising breeding sows, laying hens, and veal calves must provide minimum space allotments to the animals. The law also bars sale in California of pork, eggs, or veal coming from farms that rely on the most extreme confinement methods. If out-of-state farmers want their animal products to find shelf space in the large California market, they must play by the same rules that in-state farmers must observe. It’s a level playing field for all. 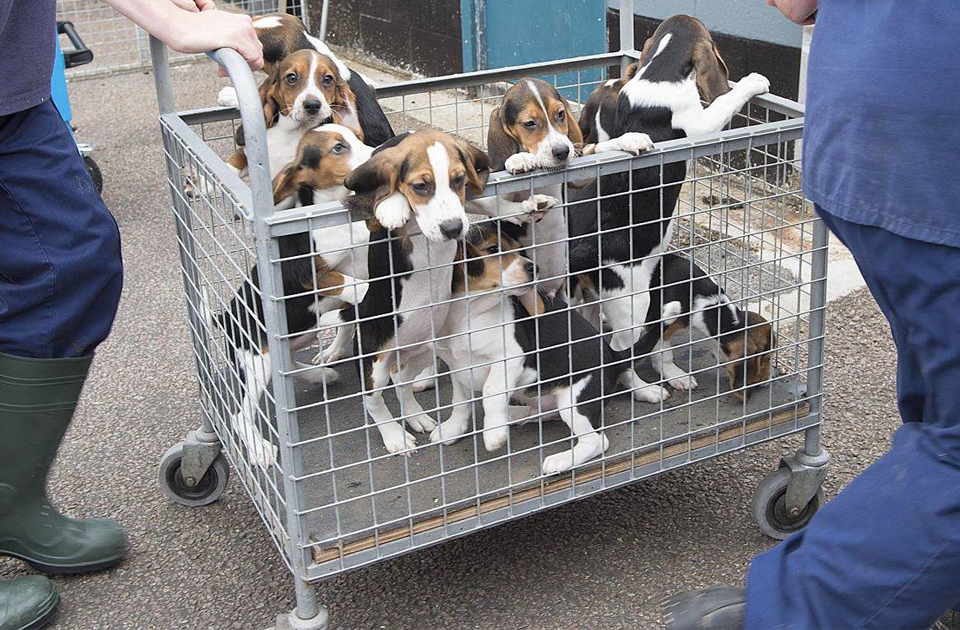 The fight to spare animals through FDA Modernization | Episode 43

June 22nd, 2022
One of our critical campaigns is to ensure the modernization of FDA drug-testing standards, which currently require the suffering and entail the deaths of countless thousands of animals each year.

One of the many organizations also in this fight is PETA. Kathy Guillermo, a senior vice president at PETA, joins us to discuss her organization's work to uncover animal abuse related to medical testing, improvements in science such as organs on a chip, and legislative work to ensure passage of the initiative. 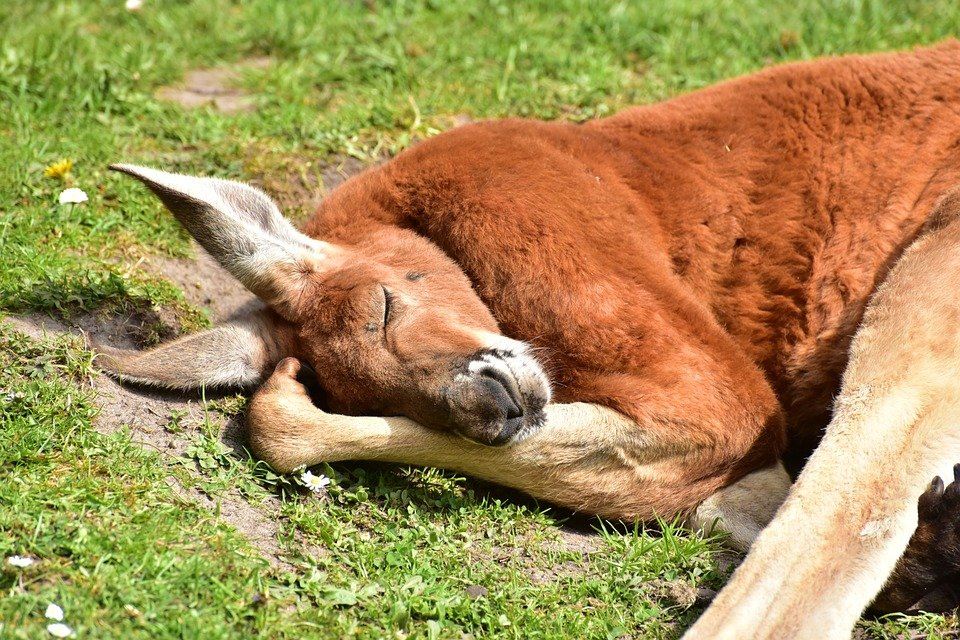 How a California lawsuit may change things for Kangaroos | Episode 42

June 13th, 2022
Animal Wellness Action has been pressuring Nike, Adidas and other retailers of "k-leather" soccer shoes to discontinue the models to save more than 2 million kangaroos a year, including joeys from being  slaughtered.

Natasha Dolezal, deputy director of campaigns, and Scott Edwards, general counsel, update listeners on our work for kangaroos, including recent protests and the filing of a lawsuit against California retailer Soccer Wearhouse, which we allege has been violating state law by selling kangaroo-sourced soccer shoes. 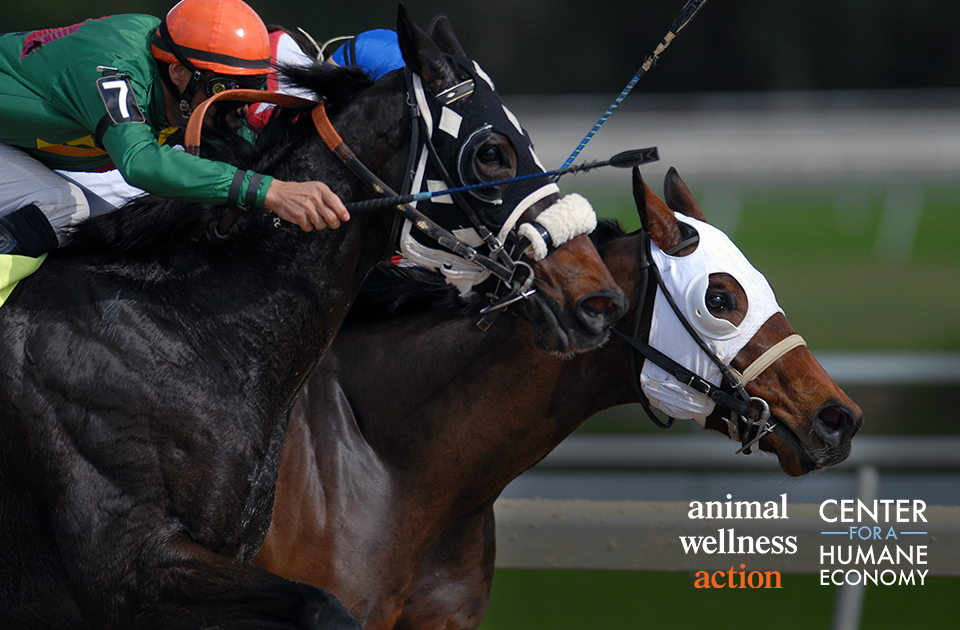 June 8th, 2022
Monty Roberts weighs in on the topics of whipping horses during races, the wild ride of Rich Strike in last month's Kentucky Derby, the fate of notorious trainer Bob Baffert, and what he hopes to do next, in the twilight of his career. 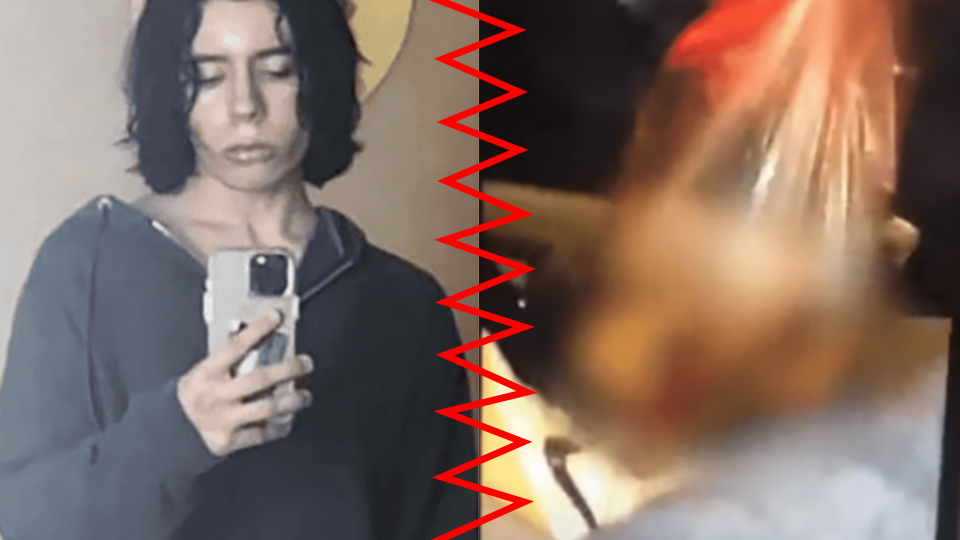 Animal Abuse and the Connection to School Shootings | Episode 40

June 3rd, 2022
Statistics show a strong correlation between animal abuse and the perpetration of violence on humans. Both of the teens involved in the Buffalo and Uvalde massacres had previously tortured and killed cats, with the latter even boasting about it on social media.

Wayne Pacelle, founder and president of AWA, calls a history of animal abuse "the reddest of red flags" when it comes to identifying teens and young adults who may one day walk into a crowded building or school and begin killing people. He and special guest Steve Dale, a noted writer and speaker on animal issues, talk about this connection and that now is the time for Congress to pass the Animal Cruelty Enforcement Act. 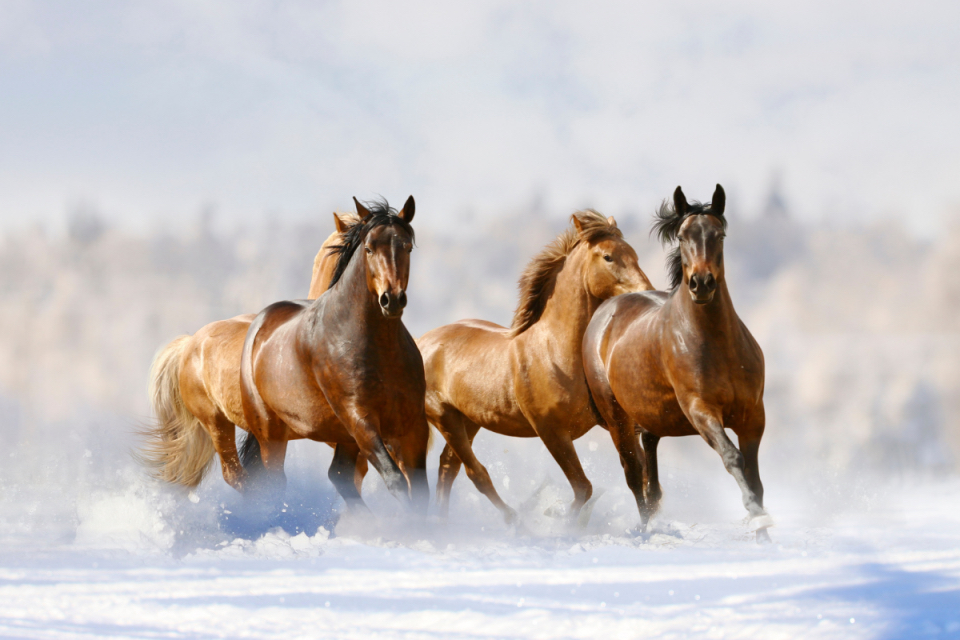 May 26th, 2022
The wild horse and burro herds in the American west are being rounded up by helicopter and removed from our public lands on an historic scale by the Bureau of Land Management.

The BLM has embarked on a broad viral disinformation campaign aimed at persuading Americans that the roundups are necessary. In reality, the horses are being cleared for the benefit of private, for-profit rancher and livestock companies. Director of Campaigns Scott Beckstead and journalist Vickery Eckhoff take a critical, no-holds-barred look at the BLM’s mistruths and set the record straight. 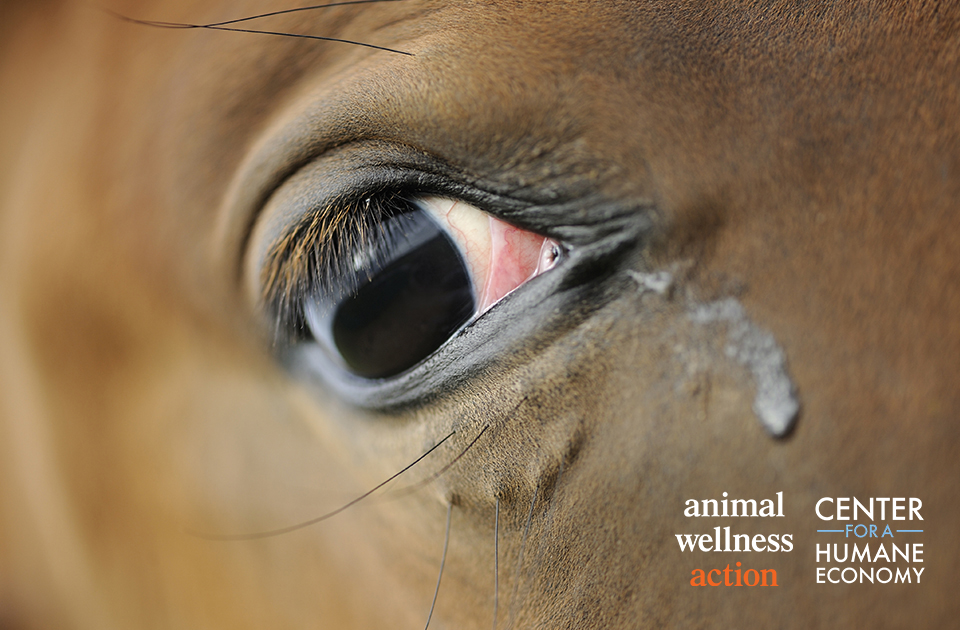 May 4th, 2022
After the thrill and spectacle of Thoroughbred races, the athletes themselves too often face a cruel, horrific fate. One Kentucky Derby winner, Ferdinand, was actually sold for human slaughter. Before the races, they are likely to experience doping to mask their pain, resulting in on-track breakdowns that are lethal for them and dangerous for jockeys. Hall of Fame jockey Chris McCarron has become a vocal opponent of these practices. 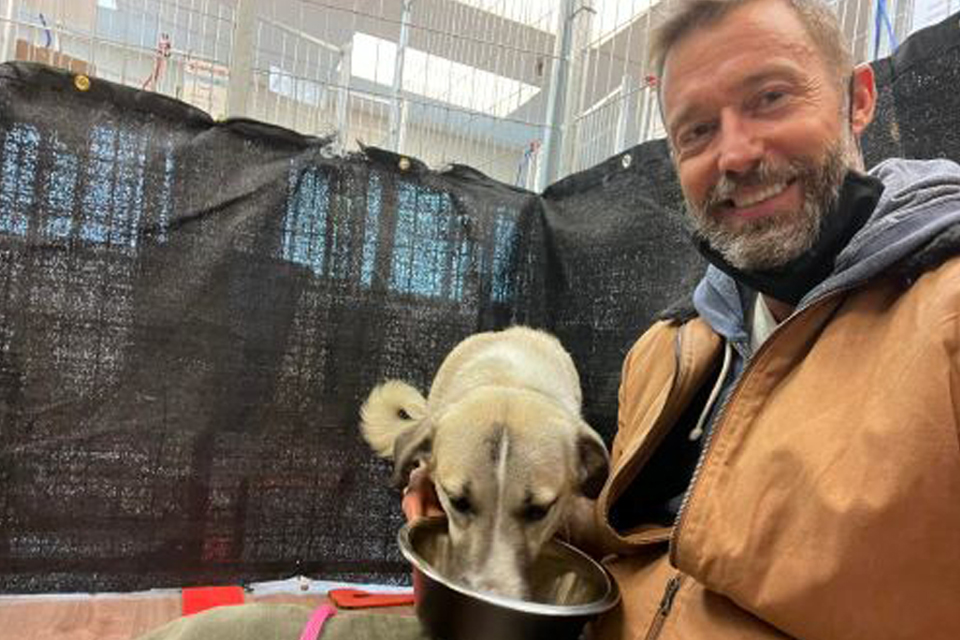 April 6th, 2022
Jennifer Skiff, the director of international programs for AWA and the Center for a Humane Economy, and Zach Skow, founder of Marley’s Mutts, talk about Mission Possible, the flight that brought 285 animals out of Afghanistan and into Canada. It was a long and difficult mission since the CDC banned the import or return of dogs and cats from 113 countries before the U.S. withdrawal from Afghanistan last summer – forcing many U.S. troops, Foreign Service members and U.S. citizens to evacuate without their pets. 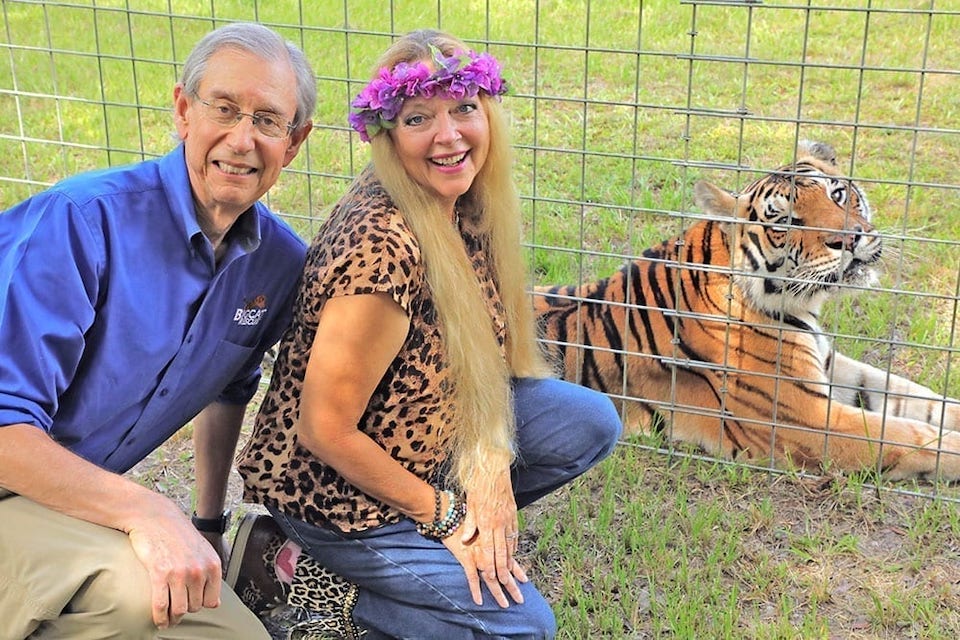 Mar 20th, 2022
Carole Baskin rocketed to global stardom after Netflix released "The Tiger King" in 2020. Rather than capitalizing on her frame for personal success, however, she has worked harder than ever for legal protections for lions, tigers and other big cats. She shares a little about her personal adventures and digs deep into the legislation she is fighting so hard to make become law. 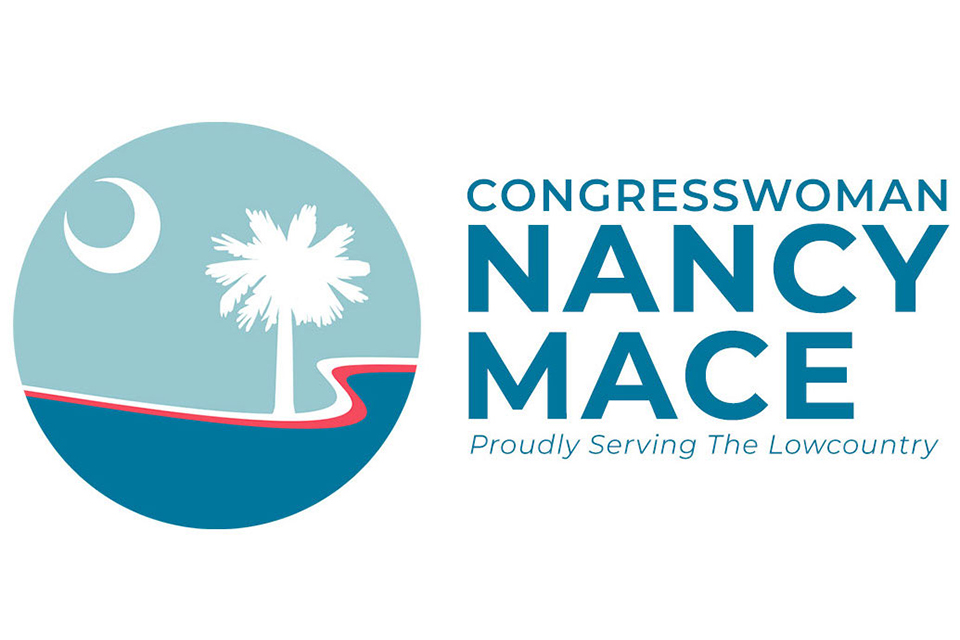 Rep. Nancy Mace talks about her work for animals | Episode 35

Jan 26th, 2022
Rep. Mace (R-S.C.), a rising star in Congress elected in 2020, has already proven to be a formidable force for change on Capitol Hill – especially when it comes to animal-welfare. Working with advocacy groups such as AWA and colleagues on both sides of the aisle, she has supported a ban on the factory-farming of mink, challenged the U.S. Postal Service to stop its shipment of birds overseas for cockfighting and lent her name to the FDA Modernization Act. 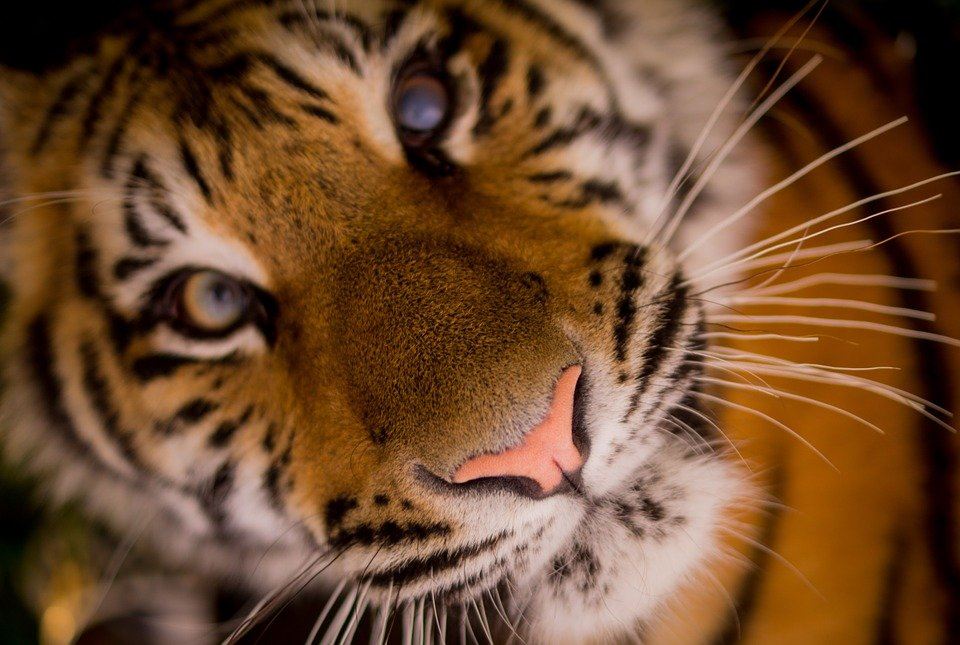 Rep. Mike Quigley and his fight for lions, tigers – and roosters | Episode 34

Jan 26th, 2022
U.S. Rep. Mike Quigley (D-Ill.) discusses the steps he and other legislators are taking to ensure existing postal regulations are enforced so that thousands of fighting roosters won't be shipped overseas every year to where the bloodsport remains a cruel cultural staple. 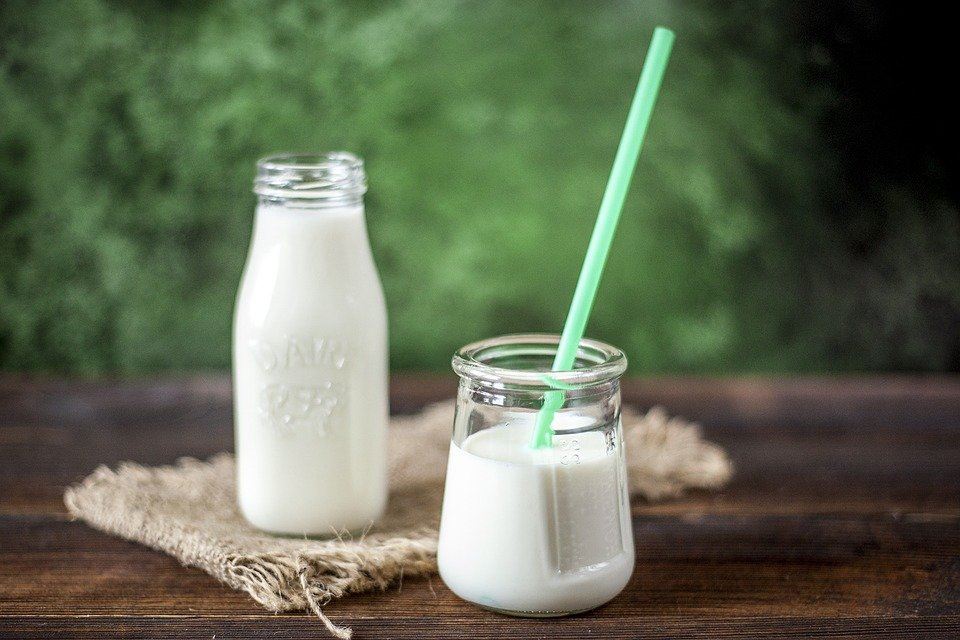 Dec 13th, 2021
In this shocking episode, Dr. Martin Mills and Olympic cyclist Dottsie Bausch discuss this terrible waste of tax dollars, the systemic racism in the school lunch program that foists milk upon our school children and the cruelty among our bovine friends. 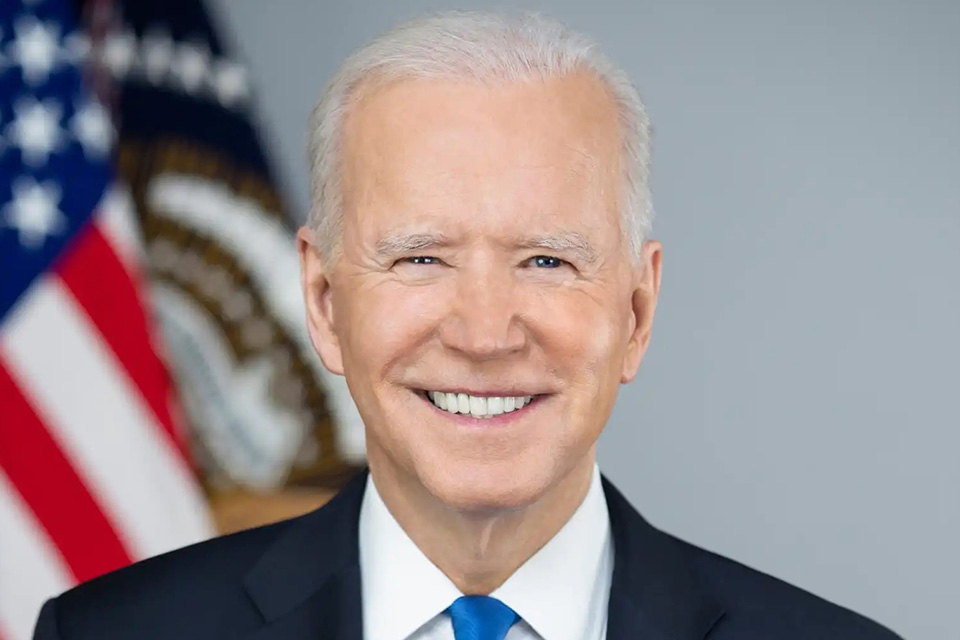 Oct 16th, 2021
The report on the Biden administration from the perspective of animal welfare isn't good. Not enough is being done to undo or curtail Trump administration policies, and little – if anything – is being initiated to realize the hopes of many advocates. 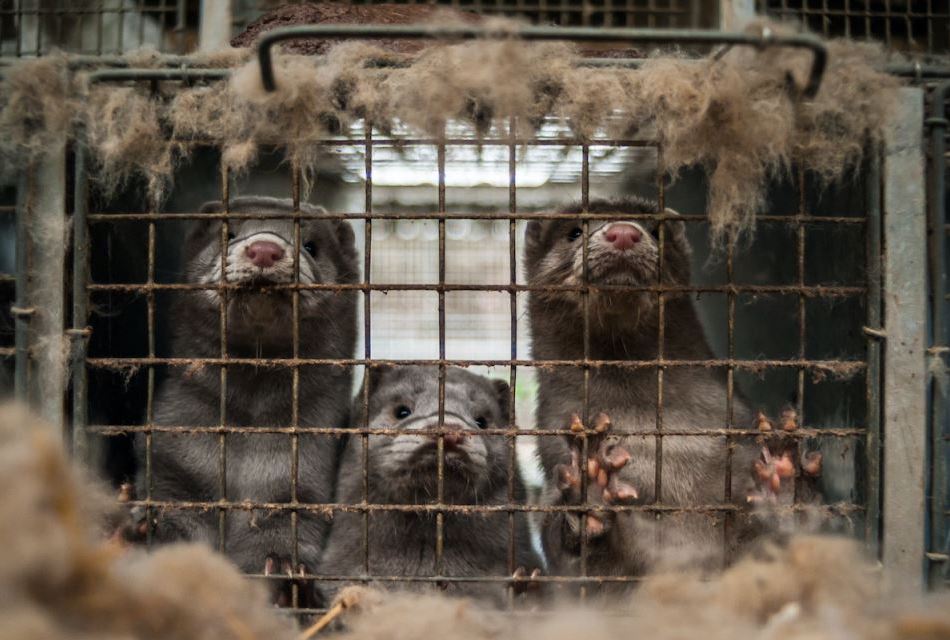 Minks, COVID and captivity: What’s bad for them is bad for us | Episode 31

Jul 24th, 2021
Mink captivity for human consumption is cruel, and it represents real and present danger to people. We feature Dr. Jim Keen, co-author of a new report about the deadly link between COVID-19 and humans and what we need to do about it now.