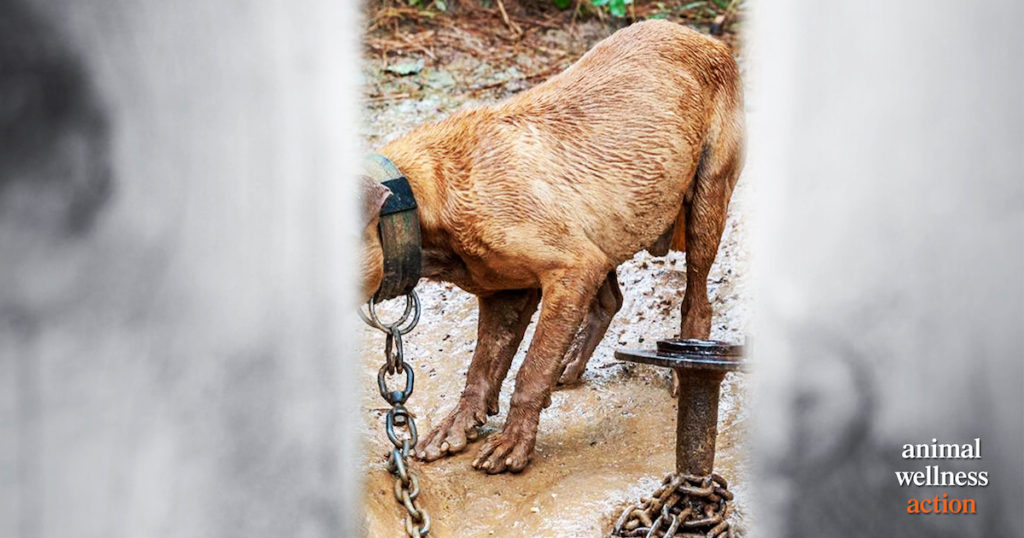 Conduct a Google or Bing search for “animal cruelty” and you will see a cascade of news items on cruelty cases that will both repel you and test your capacity to understand the behavior of other members of your species.  A torrent of reports of organized dogfighting and cockfighting. Random acts of cruelty including bludgeoning, suffocations, even shooting a pet with an arrow. Accounts of bestiality and all manner of things plainly outside the bounds of our social norms.

These types of human acts of violence are malevolent. But they are also indicators. People who do these things to innocent animals are sending up a flare about their own pathologies, their loss of empathy, their ability to mete out social violence to the vulnerable or the less powerful.

Society, in the form of law enforcement and our judicial system, ignores these warning signs at its peril. We know what the sociological research reveals: Animal crimes are often an antecedent to violent acts against people, or at the very least, they are bound up with other crimes — from narcotics to gambling to illegal firearms.

The states and the federal government now make the most malicious forms of cruelty a felony offense. But, especially at the federal level, we need more robust enforcement.

In a major step that seeks to focus especially on those forms of abuse and make anti-cruelty enforcement as a higher national priority, Reps. Joe Neguse, D-Colo., David Joyce, R-Ohio, and Steve Cohen, D-Tenn. Announced the introduction this week of H.R. 1016, the Animal Cruelty Enforcement (ACE) Act.

“Proper enforcement of animal cruelty laws will protect animal welfare and help keep our communities safe from the violence so often linked to these crimes,” said Neguse, a tremendous leader on animal issues in the House.

In recent years, Congress, in a bipartisan fashion, has dramatically fortified our animal protection legal framework. In 2019, Congress passed, and the President signed, the Preventing Animal Cruelty and Torture Act. In 2018, Congress tightened the federal Animal Fighting Law for a fifth time in the last 20 years, banning dogfighting and cockfighting everywhere and making the fighting and a range of associated activities felony offenses. The Pet and Women’s Safety Act makes it a federal crime to engage in domestic violence so all-encompassing that it makes victims of the pets in the household. And the Dog and Cat Meat Trade Prohibition Act forbids killing our pets for human consumption. And these laws, all adopted recently, build on other anti-cruelty laws passed previously, such as the Animal Crush Law, which bars selling videos showing illegal acts of cruelty.

The introduction of the ACE Act comes in the wake of seven recent state- and territory-based investigations of illegal trafficking of animals for fighting, exposing syndicates collectively selling tens of thousands of animals across the world for fighting pits.

Our investigation started when we examined live-animal import records from the Guam Department of Agriculture and detailed more than 500 illegal shipments by 60 individuals from more than a dozen states over the last four years.

In Oklahoma, Alabama, and some other states with major cockfighting operators, the enthusiasts for staged fights maintain farms with thousands of birds, neatly arranged in rows with each bird tethered to an A-frame hut, being trained and readied for shipment around the world. A federal law makes it a felony to possess or ship birds for fighting purposes, yet their contraband is out in the open and crowing up a storm. The cockfighters are so unabashed that dozens of them recently allowed a Philippines-based broadcaster, BNTV, to do promotional videos with them, where they boast of the “cutting” abilities of their birds who may be sold into the World Slasher Derby and other major cockfighting venues in the Asian nation.

Taking a closer look at the U.S.-based shippers made plain to us that the United States has become the key breeding grounds for the global cockfighting industry. One shipper, Jerry Adkins of Slick Lizard Farms in Nauvoo, Ala., told a Filipino television broadcaster that he sells 6,000 birds a year to Mexico alone. With some birds fetching as much as $2,000 each, that level of animal trafficking could generate millions in gross sales for Mr. Adkins and the other members of his family.

One recently shuttered website, BeastForum.com, that connected people with an interest in bestiality had 1.2 million users before being shut down. Bestiality is banned in 46 states and it is now a federal crime under the PACT Act. Other websites have flickered on with the same networking content.

You get the point. Some forms of institutionalized cruelty are barely beneath the surface or operate right out in the open.

In the era of COVID-19, we also have a keener understanding than ever that systemic mistreatment of animals may produce dangerous pathogens and threaten public health. It was a live-wildlife market in Wuhan, China — an enterprise requiring the capture, torment, and butchering of wildlife — that launched SARS-CoV-2 and has left more casualties than any global event since World War II.  Mink farms, where semi-aquatic wild animals are kept in extreme confinement and resort to social aggression out of extreme frustration, are now threatening to act as superspreaders of the virus or mixing bowls for the formation of the latest variant of SARS-CoV-2, as happened in Denmark. A recent outbreak in California of Virulent Newcastle Disease, which may have originated in the illegal movement of fighting birds, has cost the federal and state government more than $100 million to contain and resulted in the killing of more than 1.2 million animals as a means of arresting its progress.

In short, when we do awful things to animals, awful outcomes await us.  Animal Wellness Action and the Animal Wellness Foundation are excited to work with lawmakers and the U.S. Department of Justice to make animal cruelty enforcement a priority and to enable strategic action to combat cruelty. Already, federal prosecutors are taking aim at animal cruelty with renewed focus, and federal investigative agencies, such as USDA’s Office of Inspector General and the U.S. Postal Inspection Service, are unraveling these criminal operations. Should the agency get this new capacity as directed by Congress, the Department of Justice can send a signal to the entire federal law enforcement community that animal cruelty constitutes a threat to human and animal safety and must be met with tenacious action to root it out.