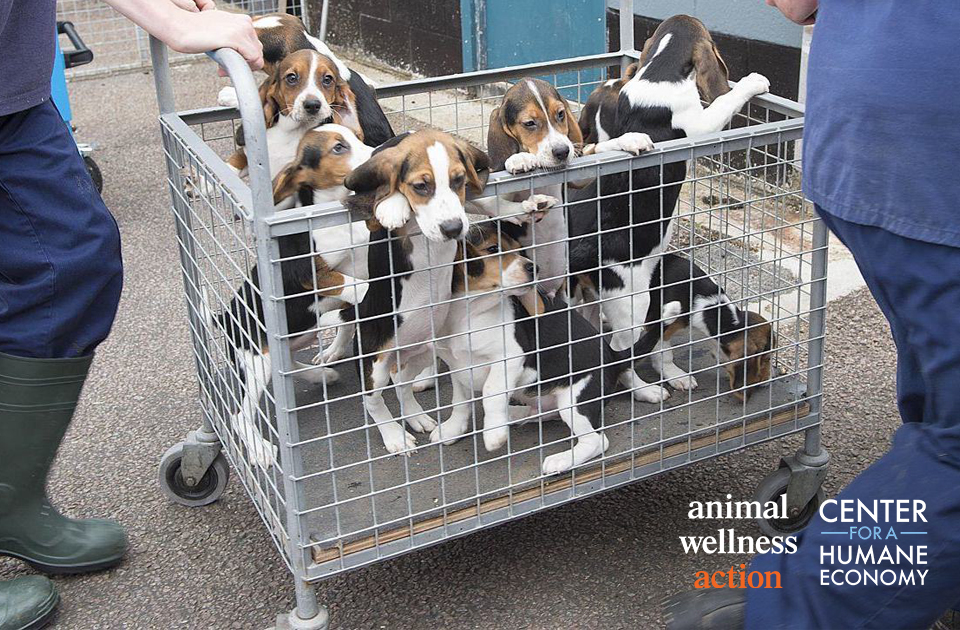 Dogs dying even before they get into the laboratory

In a pleading that reveals alleged violations of law and obvious violations of basic decency, the U.S. Department of Justice this month detailed acute animal welfare problems at a major supplier of animals to laboratories known as Envigo. Kudos to People for the Ethical Treatment of Animals (PETA) for exposing the company’s abuses through its comprehensive investigation.

Beagles dominate the breed types at these facilities because of their sweet disposition, enabling them to endure routine torments with no other protest but their pleading eyes. While we know that dogs feel pain and fear like humans do, painful experience also tells us authoritatively that dogs are not good subjects for modeling human disease. An analysis of the most comprehensive quantitative database of publicly available animal toxicity studies suggests that dogs are highly inconsistent predictors of toxic responses in humans.

The mistreatment of beagles, wild primates, and a wide range of other species is the hidden backstory for our drug development programs. The Federal Food, Drug and Cosmetics Act of 1938 mandates animal testing for every new drug development protocol, translating into the use of massive numbers of animals a year in the U.S. alone. You can draw a straight line from that law to the mistreatment of animals in breeding facilities such as Envigo. That’s where all the misery and mayhem starts.

At its Cumberland, Va., facility, Envigo employed one veterinarian for 5,000 dogs, making comprehensive care an impossibility. Think of a hospital with one doctor and 5,000 patients in need. As a healthcare or business practice, it just doesn’t come close to an acceptable worker-to-task ratio.

Earlier this month, federal authorities seized 145 dogs and puppies from Envigo who were experiencing “acute distress.” According to the pleadings from DOJ, “Envigo is failing to meet the minimum standards for handling and housing the beagles” and “allowed beagles to die from malnutrition, treatable and preventable conditions….” There were 300 puppies found dead from “unknown causes” in a six-month period and an additional 173 beagles dead in such a state of decomposition that forensic work was impossible.

The good news is not only the merciful intervention by federal law enforcement, but also a parallel effort in Congress to reboot our national drug development paradigm. By lifting archaic regulatory requirements for animal tests and allowing scientists to use the best testing strategy in new drug and vaccine development, the FDA Modernization Act (H.R. 2565 & S. 2952) will ensure that patients get life-saving drugs and vaccines faster and at lower cost. Because animal testing is more costly, slower, and less reliable than alternative methods, the bill will have the effect of easing suffering and averting death for millions of people and non-human animals.

Please tell your legislators the support the FDA Modernization Act

In recent decades, almost all major research organizations, pharmaceutical companies, academic institutions, and even government agencies have embraced the broadly accepted construct of the “3Rs” approach — Reduction, Refinement, and Replacement — to animal testing.

The FDA Modernization allows the government and pharmaceutical companies to act on their explicit 3Rs pledges. Where alternative methods exist, they should be used.

Democrat and Republican leaders of the U.S. House Committee on Energy and Commerce have included the FDA Modernization Act as a “rider” to a broader legislative package to reauthorize the Food and Drug Administration (FDA) user-fee agreements, and the Senate seems poised to follow suit.

We cannot have progress for animals in the realm of drug development until the Federal Food, Drug and Cosmetics Act of 1938 is changed. That law, and obedience to it, has caused an unimaginable amount of animal misery, and it has hindered our public health imperatives.  The legal action against Envigo reminds us that the suffering of animals starts long before the animals reach the labs.  Amending the law in a smart way offers the prospect of ushering in desperately needed cultural and scientific changes at the FDA and within the entire pharmaceutical sector. That’s change that all stakeholders can and should embrace.