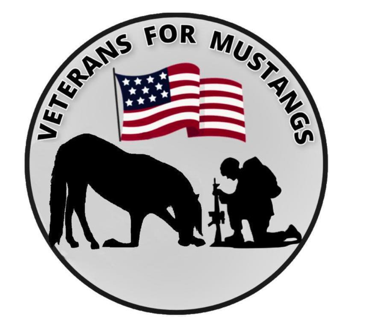 “The BLM’s round up of horses with helicopters is horribly inhumane and it breaks my heart to see what these animals go through during these round ups,” said Rep. Lisa McClain, R-MI. “I’m proud to introduce the Veterans for Mustangs Act, which not only comes up with a humane way to provide medicine to wild horses, but also puts our nation’s veterans on the frontlines of administering these medications.” 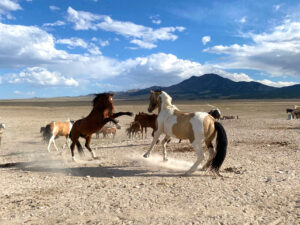 “We applaud Reps. McClain, Fitzpatrick, and Salazar for their leadership and dedication to protecting both our American heroes and the iconic American horses upon whose very backs this country was built,” said Marty Irby, executive director at Animal Wellness Action and eight-time world champion equestrian. “The Veterans for Mustangs Act would help curb the Bureau of Land Management’s radical assault against wild equids on federal lands and save the taxpayer billions of dollars by administering common-sense immunocontracpetive birth control.”

“We’re elated to see the Veterans for Mustangs Act come to fruition and believe this legislation will be a game changer in the fight to help wild horses and veterans alike,” said Cameron Ring, founder of Veterans for Mustangs and a former National Guard Soldier. “We offer tremendous thanks and applause for Rep. McClain and the Members of Congress leading this effort.”

“We are so grateful for the Members of Congress who’ve stepped in to help better protect the wild horses and burros on the range that I’ve been deeply connected to and have observed since childhood.” said Monty Roberts, the ‘Man Who Listens to Horses,’ one of the leading horsemen on the planet. “The Veterans for Mustangs Act will enable veterans with post-traumatic stress and other traumas to engage in activities that will produce meaningful results for the betterment of equines and humans alike.”

“Involving our honored veterans as an alternative to cruel helicopter roundups to help our wild herds is an idea whose time has come,” said Scott Beckstead, director of campaigns at the Center for a Humane Economy. “This bill is a win-win for our horses and burros, our veterans, and the American taxpayers.”

The VMA is endorsed by Veterans for Mustangs, Animal Wellness Action, the Animal Wellness Foundation, the Center for a Humane Economy, the Wild Beauty Foundation, the American Horse Protection Society, numerous American Legion Posts across the U.S., Monty Roberts and Flag Is Up Farm, Horse Sense and Healing, War Horse Creek, Devil Dog Depot Equine Sanctuary and Rescue, and Wish for Our Heroes.

Wild mustangs still roam our western lands and are cherished as a special part of our American Heritage. Despite being an iconic symbol of the American spirit, these majestic wild equids have been mismanaged by the Bureau of Land Management (BLM), which continues to roundup the wild horse and burro population by helicopter. Under the Biden Administration the U.S. has seen more roundups and the mass incarceration of more wild horses in a one-year period than under any other Administration prior.

This process causes extensive financial damage, as well as physical and emotional damage to the horses, that creates unnecessary fiscal, health, and welfare burdens. Today, there are more than 50,000 mustangs in holding pens, and that number will likely double in the next few years, at a tremendous cost to the American taxpayer.

The VMA would create a new program to address these concerns, one that offers a more humane method that is also a fiscally responsible solution. The program would save the taxpayer billions of dollars over the next 10 years and offer a unique form of healing for our American heroes – the U.S. veterans who have proudly served our country, and risked their lives – by enabling them to be trained and subsequently administer PZP immunocontraceptive birth control to our iconic American wild horses and burros located on federal lands.

American service members struggle deeply with the transition from war to civilian life. More than half of the 2.6 million veterans from the Iraq and Afghanistan wars struggle with physical and mental health problems stemming from their service. On average, 22 soldiers kill themselves every day, which sadly is a higher death rate than at the height of the Iraq war. To put this in perspective, soldiers statistically are more likely to die at home from their own hand than in war at the hands of the enemy.

Implementing humane fertility control is a way to maintain safe and sustainable population levels on our public lands. The PZP contraceptive vaccine has been recognized by the National Academy of Sciences as the most promising and cost-effective method for managing wild horse populations.  It’s a humane solution that can be administered to female horses via a dart injection. A dose is $30 and takes one treatment per year and becomes self-boosting after 5-7 years. In comparison, warehousing each horse costs around $1,600 per year.