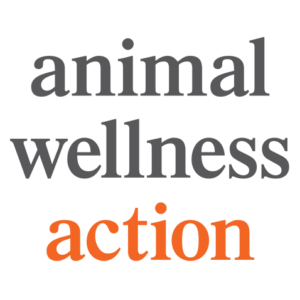 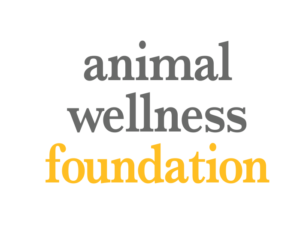 Neguse, Joyce, and Cohen Introduce Bill to Crack Down on Animal Cruelty

Washington, D.C. — In a major federal legislative anti-cruelty initiative, U.S. Congressmen Joe Neguse (D-CO-02), David Joyce (R-OH-14), and Steve Cohen (D-TN-09), introduced the Animal Cruelty Enforcement (ACE) Act, H.R. 1016, a bill they forged in cooperation with Animal Wellness Action, the Animal Wellness Foundation, and the Center for a Humane Economy to step up federal action against perpetrators of malicious cruelty.  The measure would create a new Animal Cruelty Crimes section within the U.S. Department of Justice (DOJ), housed within the Environment and Natural Resources Division. This bill is identical to bipartisan, bicameral, companion legislation was introduced late in in 2020 by U.S. Sens. Mike Braun, R-Ind., John Kennedy, R-La., Sheldon Whitehouse, D-R.I., and Richard Blumenthal, D-Conn., and will be reintroduced in the coming months.

Within the last three years, Congress and the White House have fortified the legal framework against animal abuse, enacting the Preventing Animal Cruelty and Torture (PACT) Act, the Parity in Animal Cruelty Enforcement (PACE) Act, Pet and Women Safety (PAWS) Act, the Dog and Cat Meat Trade Prohibition Act, and other federal statutes criminalizing malicious acts of cruelty. The new section would allow for more concentrated and strategic enforcement of our federal laws against animal cruelty, including violations of the criminal portions of the Animal Welfare Act and Horse Protection Act.

“Our nation has an epidemic of rampant dogfighting and cockfighting, bestiality, the sale of animal crush videos, horse soring, and other forms of extreme exploitation,” said Wayne Pacelle, president of Animal Wellness Action and the Center for a Humane Economy. “There are major U.S.-based cockfighters and dogfighters shipping animals for fighting to destinations across the world, and the scale of these enterprises is beyond the capacity of our local enforcement authorities to interdict.”

The passage of this amendment comes after a series of cockfighting investigations in Alabama, Hawaii,Guam, Kentucky, North Carolina, Oklahoma, and Tennessee, exposing massive illegal enterprises involved in global shipping of animals for fighting purposes, in violation of federal laws against that activity.

“Proper enforcement of animal cruelty laws will protect animal welfare and help keep our communities safe from the violence so often linked to these crimes,” said Congressman Joe Neguse (D-CO-02). “The Animal Cruelty Enforcement Act, which I am proud to have introduced with my bipartisan co-leads, seeks to bolster the prosecution of these crimes by providing the necessary resources and staffing for efficient enforcement.”

“As a life-long pet owner who considers our dog Winnie to be a member of our family, I am proud to introduce the Animal Cruelty Enforcement Act alongside Congressman Neguse, to ensure that there is proper enforcement for crimes against animals,” said Congressman Dave Joyce (OH-14). “As a former prosecutor, I know we can do more to crack down on criminals who abuse animals, and as a Member of Congress, I feel obligated to provide the tools necessary to do just that. The ACE Act will improve the federal government’s ability to investigate and prosecute animal cruelty crimes by creating a dedicated Animal Cruelty Crimes section within the Department of Justice, so that perpetrators of these heinous crimes will be held accountable in a timely, efficient manner.”

“Enforcement of laws already on the books, including those banning dog fighting and other cruel practices, is critical to ending these barbaric practices, which is what this measure aims to do,” said Congressman Steve Cohen (D-TN-09), a member of the Congressional Animal Protection Caucus. “I’m proud to support the Animal Cruelty Enforcement Act because inflicting harm on defenseless animals has no place in a civilized society.”

A dedicated Animal Cruelty Crimes section at DOJ would allow for robust and effective enforcement of these crimes by designating personnel focused on these issues. DOJ already has dedicated sections on other important societal concerns, such as environmental protection, wildlife, and organized crime.

AWA and AWF continue to offer a $5,000 reward for information leading to the arrest and conviction of violators engaged in animal fighting.